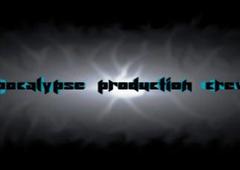 aPC was founded in May '97 and quickly became a large group with a significant output. As the 0-day MP3 scene was still in its infancy, much of aPC's initial output was older rock/hip-hop/pop albums as well as a few noteworthy pre-releases.

By 1998, aPC and their main competitors (RNS) had begun focusing on pre-releases, pre-empting the eventual shift of the entire scene. By the end of that year, aPC and RNS had developed a strong sense of rivalry, often insulting each other in NFOs and competing for important releases. It was around this time that some aPC rippers began including their nicknames in release names, heightening the competitive nature of both groups.

aPC continued to score significant releases throughout 1999 until October that year, when a number of key members left to form EGO which soon became a dominant group in the pre-release scene. The remaining members continued to operate in spite of this, led by CTerroR (formerly of CPS), with a reduced output.

On August 21, 2003, Mark Shumaker (known by the pseudonym markalso), pleaded guilty to violating copyright laws and became the first federal criminal prosecution of someone who specialized in music piracy after having been raided in Operation Buccaneer. Shumaker was previously a leader of aPC, but at the time of the raid, he had retired his role. No active members of aPC were raided as a part of Operation Buccaneer. They would five years later, however, be raided in Operation Fastlink which caused the disbanding of the group.