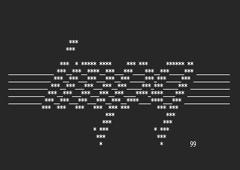 iMPG was formed on 15th December 1998 after a former ATM member left to create a group dedicated to experimental, jazz and progressive music.

They were part of a small circle of groups specialising in the above genres, along with Afterglow, TD, Bulldozer, MTM, CSWCN, and ELF; collectively known as 801. Former iMPG members would later move on to create other groups such as TD and later on diss, LOGOS and NuHS.

The group remained active until 2001.