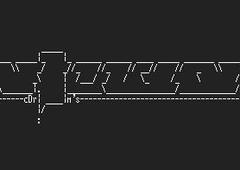 Afterglow were founded in October 1999 and specialise in "music from the psychedelic 60's but also spacerock/ethnic/psychedelic/progressive music".

agw were part of a small circle of groups specialising in progressive and experimental music, along with TD, Bulldozer, MTM, CSWCN, ELF and iMPG; collectively known as 801.

Afterglow were only affiliated with 801 between October and November 1999, after which time they simply released music under their original name. The group remains active to this day, albeit with a relatively small output.