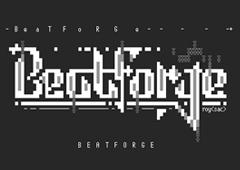 Beatforge, formed in June 1997, was one of the earliest mp3 release groups to specialise in electronic and dance music, becoming famous for their mix albums created by members of the group (e.g. the Non-Stop Club Mix series in 1998).

The group was active until late 98, after which time former members left to create 2DB and BMI. However, the original Beatforge name was resurrected in 2004 and continues to be used to this day.