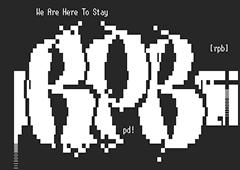 RBP was a short-lived pre-release group, specialising in rap/hip-hop/R&B, active in the early part of 1998.

After a few months of operating, several members left to join HNA while others joined RNS, including Kali who would later become leader of RNS and subsequently be charged with copyright infringement conspiracy in 2009.