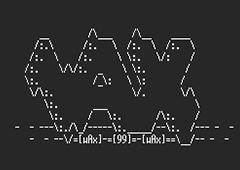 wAx began in 1998 as a predominantly Swedish group, releasing local bands as well as popular/classic pop, rock and electronic. The group was founded by gr8dealer and TaX though leadership was passed down at the end of 1999.

The group continues to operate to this day, making them one of the longest-running groups still active in the scene.