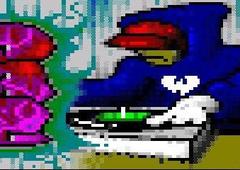 Digital Audio Crew (DAC) were one of the earliest recorded mp3 groups in the scene; founded on 27th August 1996 by Mindrape, just 2 weeks after the formation of CDA.

In their early days the group was comprised of around 20 individuals and while CDA - the only real competitor to DAC at the time - were focusing on recent popular music, Digital Audio Crew strived to release a wide variety of genres (illustrated by this release list).

As with the other early mp3 groups (particularly CDA & RNS), DAC utilised World Domination as their primary distribution FTP along with public IRC bots in their EFnet channel. The group operated until 1998.