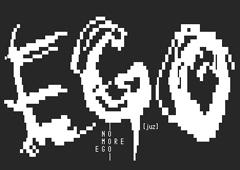 EGO was established in late '99 by former aPC members (though also joined by ex-members of other leading groups) and quickly became a prominent pre-release group, ripping a wide range of genres.

Many of these members had previously been involved in bitter feuds with RNS while in aPC, and this continued after the formation of EGO.

As part of the 2001 Operation Buccaneer raids, a member of EGO was targeted. Elisa Sarino aka. "Elisa" - a 27 year old from California - was also a member of the groups DOD and RogueWarriorz.

Although the EGO name continued to be used until late 2000, the group had become significantly less active by mid 00's, with their peak activity being from 1999 to late 2001