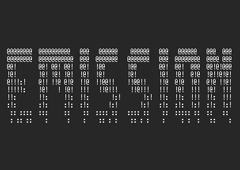 eMission was formed in 1998, with roots in the popular #mp3trance IRC channel. The group focused on psychedelic, trance and goa, although also covering minimal techno and house. The majority of the group was Scandinavian and their slogan was "more music - less bullshit" for a period.