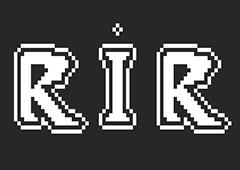 RipRop was founded in 1997 by AKG and RZ3, as the first group to specialise in releasing punk music. Their releases were intended for members of the group only (rather than the rest of the scene) and consequently they received little recognition.

In May 1999 the group disbanded after an incident involving the group's shell account. A large portion of RiR were Brazilian and subsequently joined/formed the group GBRMP3. However, in July 1999 the founders of RiR reincarnated the group as RipHop (rH), a group once again specialising in punk and that remains active to this day. Several former RiR rippers soon joined the group and shortly after GBRMP3 and FoCuS (an internal punk group) both merged with rH, in August and October respectively.