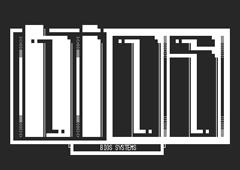 BIOS began life as Demolition; a traditional warez group active from the early 1990's until 1997. The group reformed as BIOS on the 30th May 1999, releasing 0-day, ISO, VCD, console games and MP3.

The group had only sporadic mp3 releases, becoming inactive in the mp3 scene shortly after the millenium.