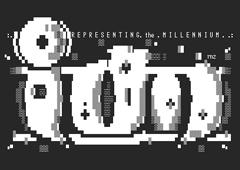 WMC was founded in 1998 by 2 Swedish individuals, and began amassing rippers over the following months. UDM had followed a similar path and the 2 groups became friendly. UDM offered membership to the leaders of WMC but this offer was turned down. However, the groups decided to carry on growing with the plan to merge on September 1st 1998.

When September came around, IDM was born, led by the founders of both previous groups. The group mainly covered pop, dance and rock music, as well as Swedish bands. After a initial few years of activity their release count dwindled, and the group ultimately disbanded in 2009.