Against The Rest (ATR) 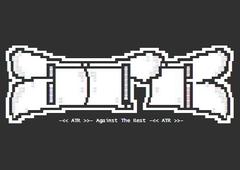 ATR was formed in October '99 by ATG, previously a member of internal punk group FoCuS and later rH after they merged with FoCuS.

Within a few months the group had gained ex-members of other groups, including SYN and REV. The group had become less active by mid-00's but persevered until disbanding in 2007.